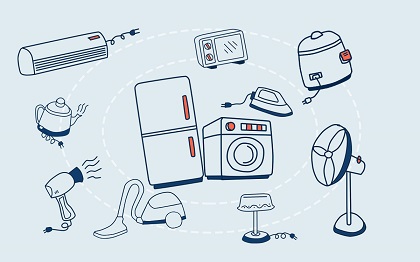 BEIJING, August 1  (TMTPOST)— Latest data showed a number of Tesla’s Chinese rivals maintained robust delivery of more than 10,000 units for the second consecutive month, while the landscape of the native electric vehicle (EV) making is unraveling as none of the high-profiled three EV makers—NIO Inc, Li Auto Inc and Xpeng Inc was ranked top three by delivery.

HOZON Auto’s brand Nezha took the first place with a delivery of 14,037 vehicles in July, gaining 133.5% from a year earlier. This is another three-digit year-over-year (YoY) growth followed the previous month’s 156% increase. The brand has so far shipped a total of 77,168 vehicles since January, 2022, with a 184.6% YoY increase.

Second to Nezha were Sokon Group and Leapmotor with their monthly deliveries of 13,291 units and 12,044 units respectively. Sokon had a yearly growth of 316.78% and Leapmotor set its monthly record for three months in a row with an increase of 177%.

Xpeng Inc, the annual delivery champion among China’s homegrown emerging EV makers last year, delivered 11,524 Smart EVs, up 43% YoY, but the delivery was nearly 25% less than June. Xpeng is still on track of the delivery leader among Chinese emerging auto brands during the whole year as its delivery in the first seven months of the year totaled 80,507 EVs, rising 108% from a year ago.

The delivery of Li Auto rose 21.3% YoY to 10,422 Li ONEs in July, suggesting the slowest yearly growth in emerging EV brands in China that month. But the auto maker expressed optimism in the upcoming months. The month witnessed the 200,000th Li ONE rolled off the production line with a record speed, as it took just 986 days to reach the production milestone following its historic speed in reaching the 100,000-unit mark. Moreover, its second model, Li L9, a flagship smart SUV for families, has received positive feedback from users with the accumulated over 50,000 pre-orders since its launch on June 21.

NIO posted a delivery of 10,052 units in July with a 26.7% YoY increase and cumulative deliveries as of July 31 this year reached 227,949 units. The company said production of the ET7, a flagship premium smart electric sedan, and the electric SUV model EC6 that month was constrained by the supply of casting parts. However, it expected the vehicle production to accelerate in the rest months of the current quarters as it has been working with supply chain partners closely.