【报资讯】BYD to Sell EVs in Germany and Sweden 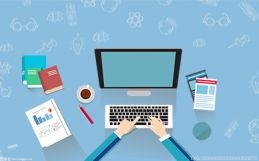 BYD said stores in Sweden and Germany will open in October this year, and the first vehicles are expected to be delivered in the fourth quarter.

So far, BYD has entered the market in Europe by partnering with local dealers. An insider familiar with BYD"s European business said that new brands still need to rely on local channels when entering new markets. Otherwise it is difficult to acquire the market share, he added.

NIO also plans to enter markets like Germany in the second half of 2022. It is adopting the same direct operation model in Europe as it does at home, while providing services such as power swaps. Recently, NIO announced the construction of Europe"s first battery swap station manufacturing plant in Hungary, which is scheduled to be commissioned in September.

Some industry insiders believe that the dealership model, the traditional trade model, whose benefit is less upfront investments, has the disadvantage of limited control over the dealership

Existing supply chain problems are slowing down the delivery and licensing of new cars in Europe. The delivery cycle of new cars varies greatly from manufacturer to manufacturer, ranging from 6 to 12 months. BYD currently has a small number of orders in the European market, and therefore is able to ship some cars from the domestic market to the European market. In some cases, BYD European stores have cars ready for delivery, which is much customer-friendlier than other brands" delivery cycles.